The Eucharist of Easter Morning

Christ yesterday and today: The beginning and the end

Alpha & Omega, all time belongs to him, and all ages;
to him be glory and power,
through every age and forever. Amen

This is the day when our Lord Jesus Christ passed from death to life. Throughout the world Christians celebrate the awesome power of God. As we hear his word and proclaim all that God has done, we can be confident that we shall share his victory over death and live with him for ever.

Response: He is Risen indeed; Hallelujah!

Almighty God,
through your only-begotten Son Jesus Christ
you have overcome death
and opened to us the gate of everlasting life:
Grant that, as by your grace going before us
you put into our minds good desires,
so by your continual help we may bring them to good effect;
through Jesus Christ our risen Lord
who is alive and reigns with you and the Holy Spirit,
one God, now and for ever.

Then Peter began to speak to them: ‘I truly understand that God shows no partiality, but in every nation anyone who fears him and does what is right is acceptable to him. You know the message he sent to the people of , preaching peace by Jesus Christ—he is Lord of all. That message spread throughout Judea, beginning in after the baptism that John announced: how God anointed Jesus of Nazareth with the Holy Spirit and with power; how he went about doing good and healing all who were oppressed by the devil, for God was with him. We are witnesses to all that he did both in Judea and in . They put him to death by hanging him on a tree; but God raised him on the third day and allowed him to appear, not to all the people but to us who were chosen by God as witnesses, and who ate and drank with him after he rose from the dead. He commanded us to preach to the people and to testify that he is the one ordained by God as judge of the living and the dead. All the prophets testify about him that everyone who believes in him receives forgiveness of sins through his name.’

Early on the first day of the week, while it was still dark, Mary Magdalene came to the tomb and saw that the stone had been removed from the tomb. So she ran and went to Simon Peter and the other disciple, the one whom Jesus loved, and said to them, ‘They have taken the Lord out of the tomb, and we do not know where they have laid him.’ Then Peter and the other disciple set out and went towards the tomb. The two were running together, but the other disciple outran Peter and reached the tomb first. He bent down to look in and saw the linen wrappings lying there, but he did not go in. Then Simon Peter came, following him, and went into the tomb. He saw the linen wrappings lying there, and the cloth that had been on Jesus’ head, not lying with the linen wrappings but rolled up in a place by itself. Then the other disciple, who reached the tomb first, also went in, and he saw and believed; for as yet they did not understand the scripture, that he must rise from the dead. Then the disciples returned to their homes.
But Mary stood weeping outside the tomb. As she wept, she bent over to look* into the tomb; and she saw two angels in white, sitting where the body of Jesus had been lying, one at the head and the other at the feet. They said to her, ‘Woman, why are you weeping?’ She said to them, ‘They have taken away my Lord, and I do not know where they have laid him.’ When she had said this, she turned round and saw Jesus standing there, but she did not know that it was Jesus. Jesus said to her, ‘Woman, why are you weeping? For whom are you looking?’ Supposing him to be the gardener, she said to him, ‘Sir, if you have carried him away, tell me where you have laid him, and I will take him away.’ Jesus said to her, ‘Mary!’ She turned and said to him in Hebrew,* ‘Rabbouni!’ (which means Teacher). Jesus said to her, ‘Do not hold on to me, because I have not yet ascended to the Father. But go to my brothers and say to them,
“I am ascending to my Father and your Father, to my God and your God.” ’ Mary Magdalene went and announced to the disciples, ‘I have seen the Lord’; and she told them that he had said these things to her.

The Renewal of baptismal vows

The minister says:
Do you renew and affirm the promises made at your baptism?
I do.
Do you reject the devil and all proud rebellion against God?
I reject them.
Do you renounce the deceit and corruption of evil?
I renounce them.
Do you repent of the sins that separate us from God and neighbour?
I repent of them.
Do you turn to Christ as Saviour?
I turn to Christ.
Do you submit to Christ as Lord?
I submit to Christ.
Do you come to Christ, the Way, the Truth and the Life?
I come to Christ.
Do you believe and trust in God the Father?
I believe in God, the Father almighty,
creator of heaven and earth.
Do you believe and trust in God the Son?
I believe in Jesus Christ, God’s only Son, our Lord, who was conceived by the Holy Spirit, born of the Virgin Mary, suffered under Pontius Pilate, was crucified, died, and was buried; he descended to the dead.
On the third day he rose again; he ascended into heaven, he is seated at the right hand of the Father, and he will come again to judge the living and the dead.
Do you believe and trust in God the Holy Spirit?
I believe in the Holy Spirit, the holy catholic Church, the communion of saints, the forgiveness of sins, the resurrection of the body, and the life everlasting. Amen.

We Pray to the Father: Hear our Prayer

The Peace
The risen Christ came and stood among his disciples and said ‘Peace be with you’. Then were they glad when they saw the Lord.
Alleluia!  The Peace of the risen Christ be always with you

And also with you.  Alleluia!

Offertory Hymn:  259 Christ Triumphant ever reigning
1 Christ triumphant, ever reigning,
Saviour, Master, King!
Lord of heaven, our lives sustaining,
hear us as we sing:
Yours the glory and the crown,
the high renown, the eternal name.

3 Priestly king, enthroned for ever
high in heaven above!
sin and death and hell shall never
stifle hymns of love: [Refrain]

4 So, our hearts and voices raising
through the ages long,
ceaselessly upon you gazing,
this shall be our song: [Refrain]

Christ our passover has been sacrificed for us:
Therefore let us celebrate the feast

The Ministry of the Sacrament

Let us give thanks to the Lord our God

It is right to give him thanks and praise

Father, almighty…………..for ever praising you and saying

Almighty God we thank you for feeding us with the spiritual food of the body and blood of your Son Jesus Christ. Through him we offer you our souls and bodies to be a living sacrifice.  Send us out in the power of your Spirit to live and work to your praise and glory. Amen.


all music but its own.
Awake, my soul, and sing


of Him who died for thee,
And hail Him as thy matchless King

2 Crown Him the Lord of love,

behold His hands and side,
Those wounds, yet visible above,

in beauty glorified.
No angel in the sky

can fully bear that sight,
But downward bends his burning eye

at mysteries so bright.

3 Crown Him the Lord of peace,
Whose power a scepter sways
From pole to pole, that wars may cease,
And all be prayer and praise.
His reign shall know no end,
And round His pierced feet
Fair flowers of glory now extend
Their fragrance ever sweet.

4 Crown Him the Lord of years,

the Potentate of time,
Creator of the rolling spheres,
ineffably sublime.
All hail, Redeemer, hail!
For Thou has died for me;
Thy praise and glory shall not fail
throughout eternity.

Alleluia!
The Lord is Risen Alleluia!
Posted by Stephen Neill at 13:03 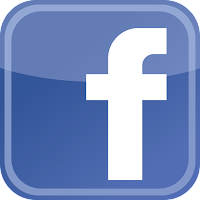 Who is visiting the site?